To say moving can be stressful is an understatement. A recent poll of 1,000 Americans found that 64 percent of participants rated their most recent move as one of the most stressful events they've ever gone through in life, many ranking it even above going through a divorce! Here are some tips to help minimize the strain for your next long-distance move.

Start With Getting Rid of Your Possessions

Americans love their stuff. In fact, some people have so much stuff, they pay for storage units to store their stuff. If you didn't take advantage of the extra time at home during the pandemic to reduce your stuff, do it now before your move.

Go through every room and every closet in your house before you even put together a cardboard moving box. Make a donate pile, a garbage pile, and a keep pile. If you struggle with getting rid of things, consider hiring a professional organizer to help you.

Keep in mind that many moving companies determine their fees by the pound, so the more stuff you have, the more likely it's going to cost you to move that stuff. Besides asking yourself if an item "sparks joy," ask yourself if you like your book collection (or whatever) enough to pay for it to move cross-country with you.

Paring down your possessions may not only help you feel lighter emotionally, but it will also potentially lighten your final moving bill. Most people consider a long-distance move a new start, so don't drag along old things unless you really love them.

Don't Wait Until the Last Minute

Whether you live in a studio apartment or a 4-bedroom home, packing your belongings is going to take time. And if you know you're prone to procrastination, allow yourself even more time to get the job done.

Figure out how many days you have until moving day arrives and break packing up into bite-sized goals. For example, if you have a month to pack and an 8-room house, you can set your goal to pack two rooms per week.

Don't make moving more stressful by packing carelessly. After you've parsed your possessions, consider the things you're going to need right up until moving day and the things you can do without until you arrive at your new destination.

Go ahead and pack the holiday decorations, off-season clothing, and fancy dishes in the china cupboard but keep out the things you use daily, such as the microwave, coffee maker, and bath towels.

Clearly mark each box with its specific contents and which room you want it to eventually end up in at the new house. Put things you know you will need right away in their own boxes. These will often be the things you didn't pack until the last day, like the silverware and salt and pepper.

Resist the urge to haphazardly pack boxes with miscellaneous items that don't belong together. Organized packing will make unpacking much easier, and you won't have the added stress of not being able to find something should you really need it.

In that same survey of 1,000 Americans, 578 hired a professional moving company. And 94 percent of those people said the cost was totally worth it. Moving heavy furniture and mattresses on and off a truck, maneuvering doorways and stairs, and carrying box after box is no one's idea of fun. Neither is driving a large truck on unfamiliar roads.

Moving is also physically demanding and can be downright dangerous — who wants to start their new adventure with a sprained back? And if your budget allows, you can even have the moving company come in and pack for you and then unpack at your destination, making moving far less stressful.

To get a quote on your move, reach out to a local moving company, such as Christofferson Moving & Storage. 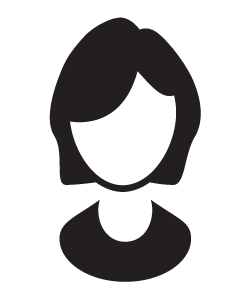